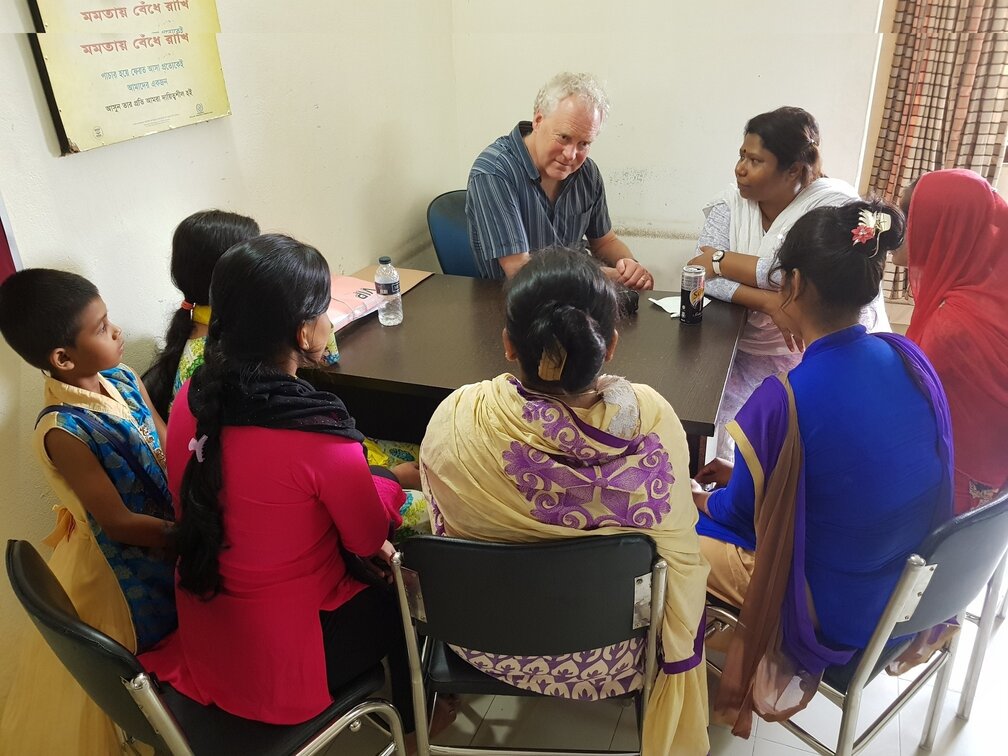 BCWS is a grassroots workers’ rights organization that aims to improve the rights of workers, gender equality and human rights in the formal and informal sectors of Bangladesh

The Bangladesh Centre for Worker Solidarity (BCWS) is a prominent labor rights advocacy organization based in Dhaka, Bangladesh. The aim of the organization is to empower and support garment workers who are seeking decent working conditions and to advocate domestically and internationally for greater respect for labor rights. BCWS especially emphasizes the rights of women workers, gender equality, participation of women workers in bargaining and protecting the human rights of women and children.

BCWS was founded in 2001 by three former garment workers: Kalpana Akter, Nazma Sheikh and Babul Akhter. As an organization founded and led by garment workers, BCWS has widespread grassroots support among workers in Bangladesh and credibility in international labor rights movements.

To date, BCWS has trained thousands of garment workers on Bangladesh Labour Law, ILO conventions and apparel brand codes of conduct. Through legal action and organizing it has achieved rights for workers, including maternity benefits and leave payments, in several factories and has secured reinstatement of dozens of illegally fired workers, winning over Tk 5,000,000 ($59,340) in back wages and severance payments. It has also established daycare centers in twelve factories.

BCWS also played an instrumental role in advocating for the 70% increase in minimum wage in the garment sector of Bangladesh in 2013, in the establishment of the Bangladesh Accord for Building and Fire Safety and in successfully pressuring international brands and retailers to provide compensation to the victims of Rana Plaza collapse.

BCWS is registered with the NGO Affairs Bureau of Bangladesh Government under registration number: Dha-06410.